For his Studio 12 show Dog, George Egerton-Warburton is using the exhibition space in Studio 12, his own studio across the hall, and the area directly below his studio window in the laneway outside.

The exhibition is split into two parts, with the first part being an analogy that the space is a dog. Studio 12 is a small windowless gallery that people have described as claustrophobic. The artist’s studio across the hall is a long rectangular space on the first floor of the building. At the end of the studio are barred windows that look over a shared laneway. In this analogy, Dog, Studio 12 is the brain of the dog, the artist’s studio across the hall is the body of the dog, and the barred windows its anus.

For a number of months, the artist has been throwing small bits of waste out the windows and onto the laneway. As droppings are thrown from the barred windows, the trash, if given the time, will support new organisms as it accrues and decomposes. The studio, with its bars, also resembles an animal’s cage. The civilised animal cleans its own cage by throwing out its waste. Each day the studio gets lighter, and the rest of the world gets heavier with the burden of the studio excrement. An extension of the show might occur when the specialist grocery store that just moved in below the studio reacts to the imminent accumulation of trash. There will be a circular motion here, as the interstitial material, such as wrappers or peels from the health food purchased below, is thrown from the studio window to land just outside the store, and becomes a nuisance to, or a harvest for the store itself.

Meanwhile, in the brain of the dog, there are some thoughtfully reflexive works.

The second part of the show is an art exhibition of hanging mobiles and cast sand sculptures made at Bells Beach, which are located in the body of the dog. The sand casts are made by digging a hole in the sand and pouring plaster into the void. 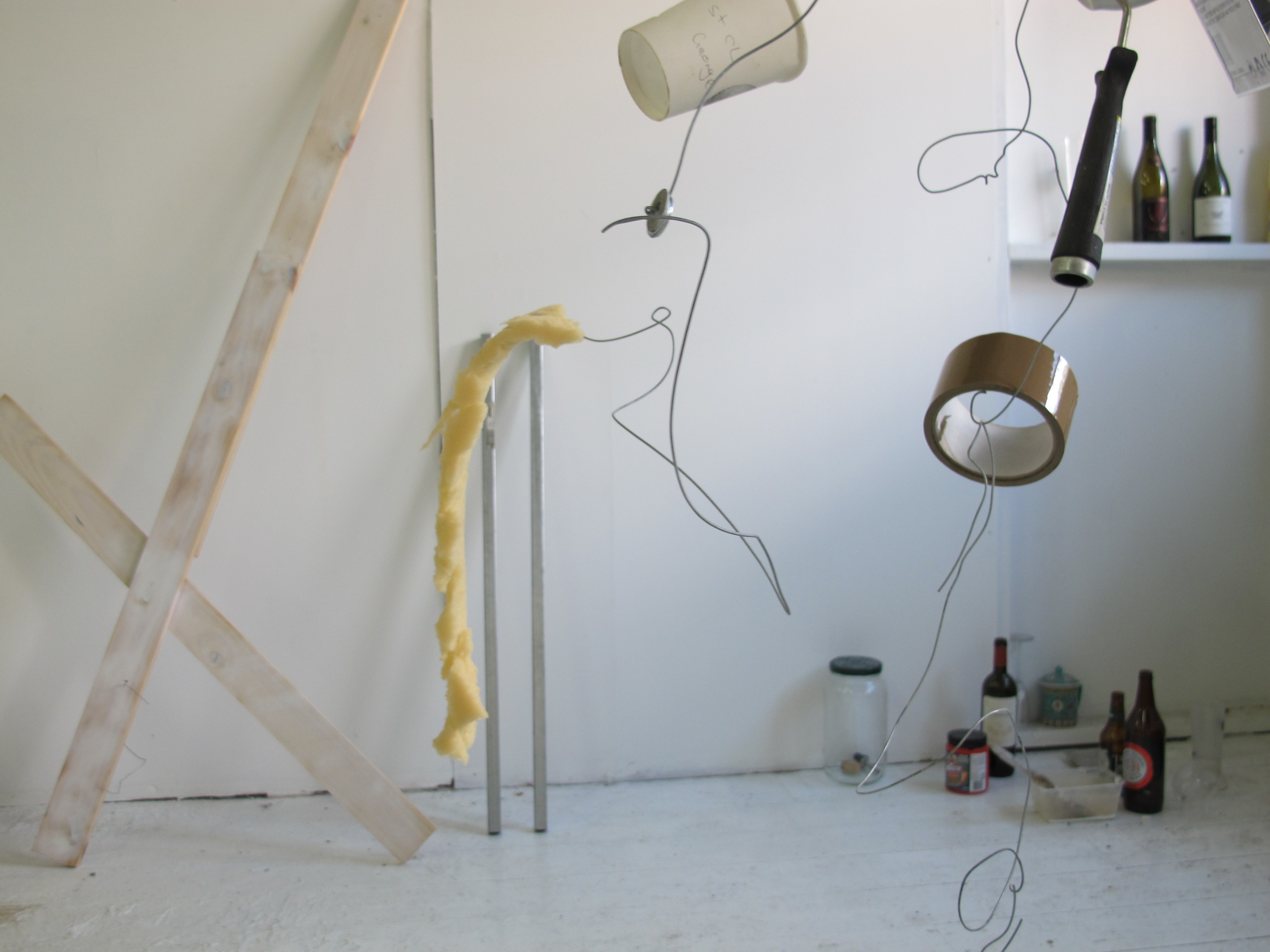 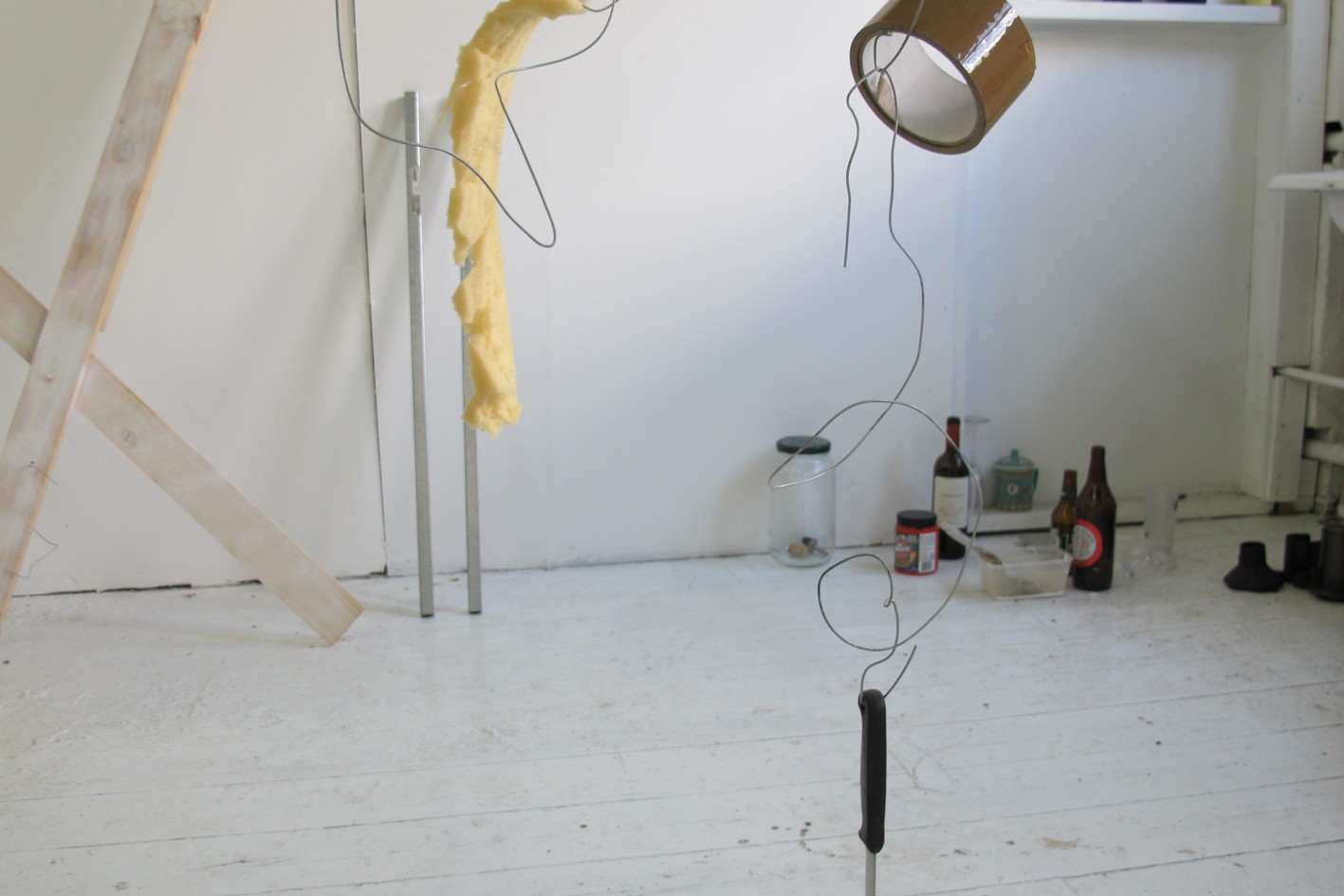