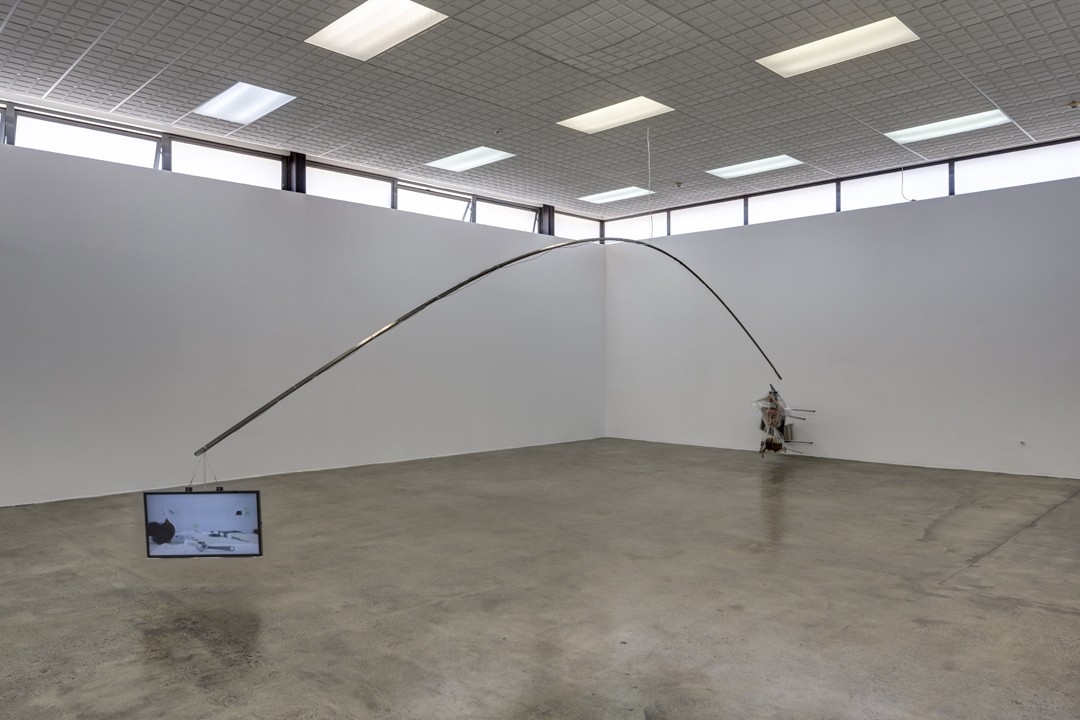 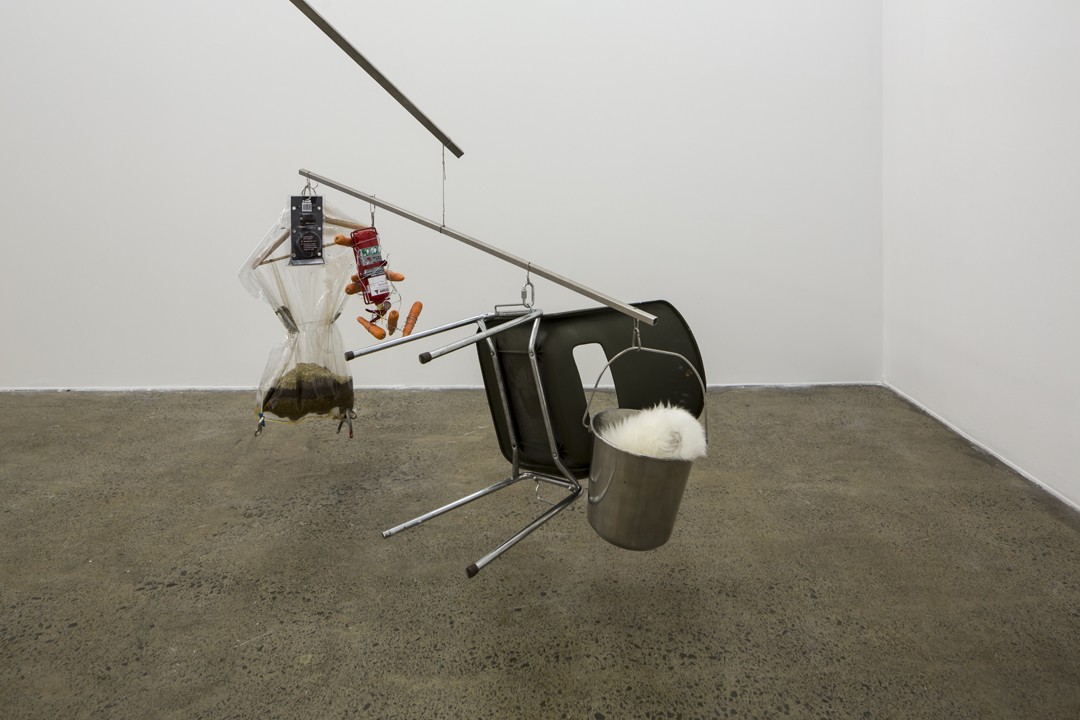 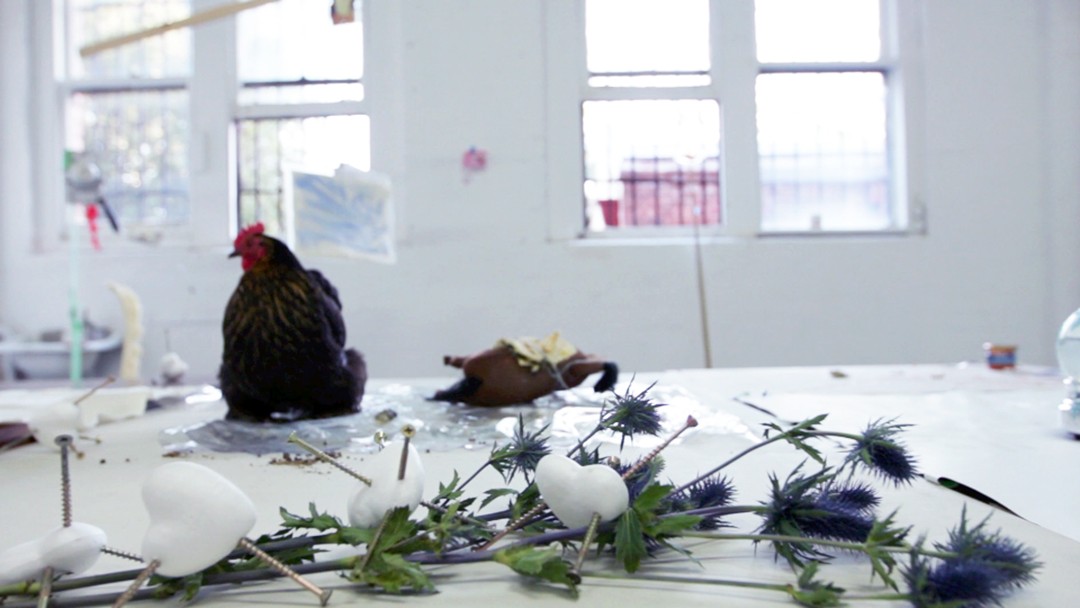 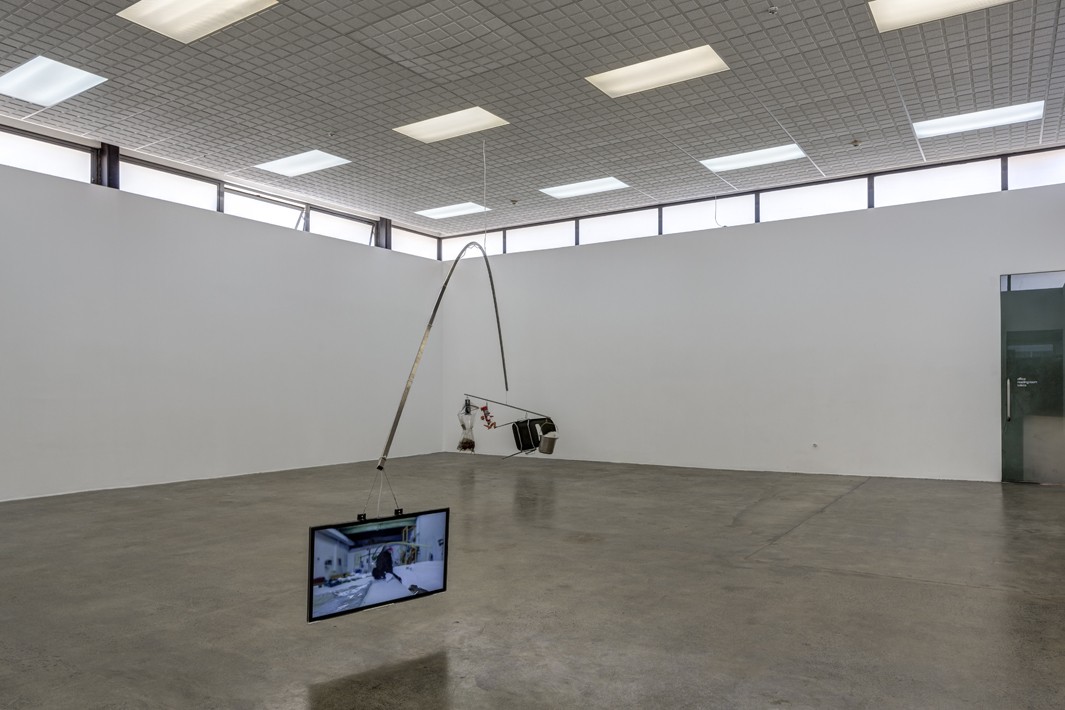 In various works I have acknowledged the subjective properties of scent through my experience with my first job as a garbage man. After 12 years of not being able to sense any real consequence to my actions in the school system, a job working in the heat all-day and partying at night with my saved money was the happiest time of my life. Years later, I caught a whiff of trash wafting from a garbage truck across the street. A sense of nostalgia and warmth came over me. I marveled at how such a disgusting smell could make me feel so good. With the benefit of retrospect, I now look at how this smell takes me to a time that my education had groomed me for- my first position in the cogs of society. I had been inadvertently tricked by the economy into enjoying the putrid smell of trash.

One month before the exhibition opened, I caught a man breaking into my house at 3AM. I went downstairs and found him climbing through the window. He was tangled up in the blinds. We grabbed each other and yelled at each other. After a series of threats, a slapstick dance with a pretend knife, and me chasing him down the street in my underpants, (out of fear?) we shook hands. I felt sorry for him; I idolized him. Later the police came into my house. He had been doing the rounds. At one point they all stopped and grinned at each other, in my kitchen, at 4am. I heard dogs barking through their CB radios, and my heart thumped with joy at the sound of these institutionalized animals fulfilling some instinctual impulse, and then I heard his voice, the voice I had exchanged apologies with, and I felt awful. The soundtrack to the video in this installation was me reenacting both the dog and the human voice, and trying to replay the feeling of synonymous excitement and horror; joy and empathy.